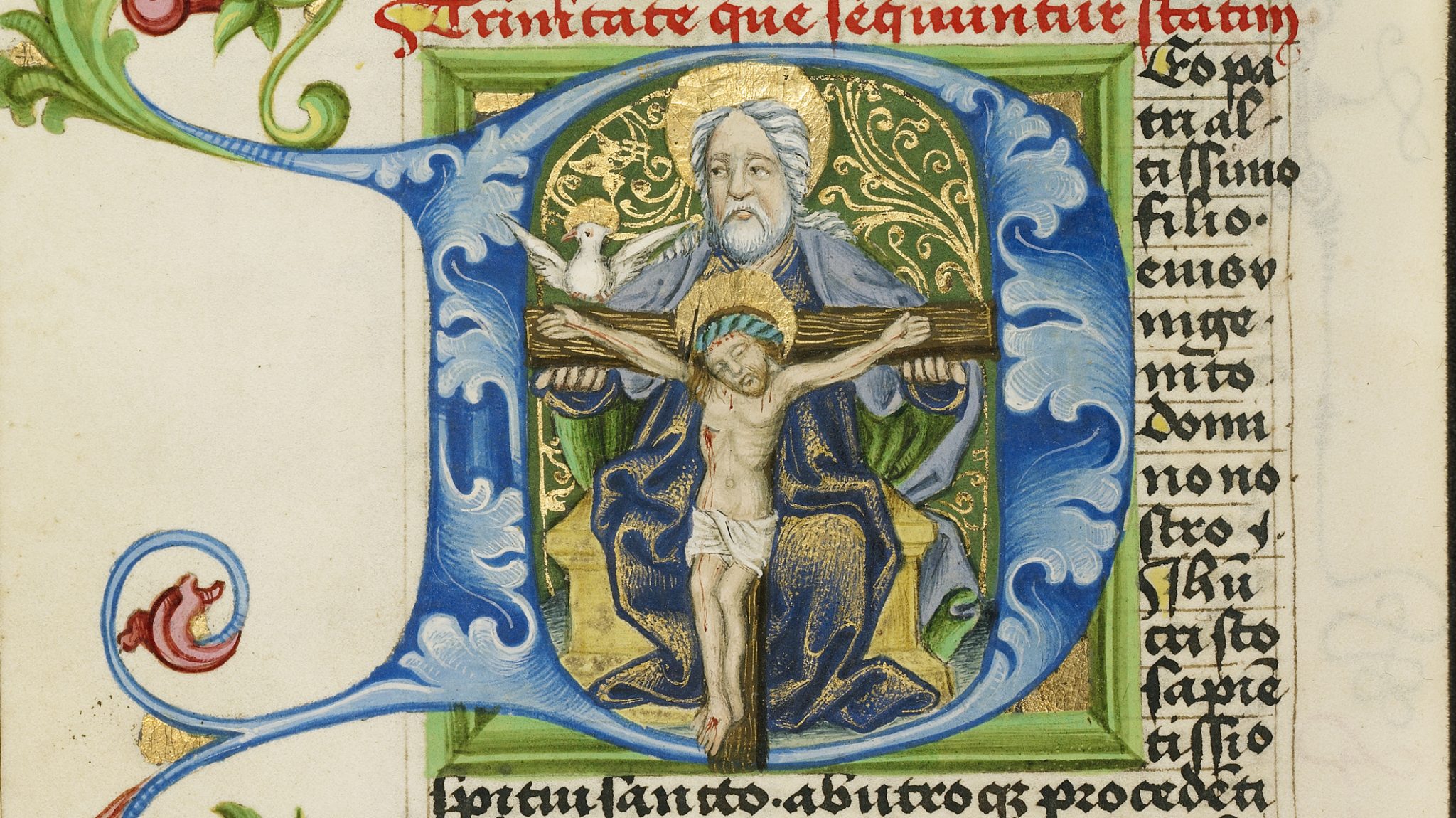 Therefore, since we are justified by faith, we have peace with God through our Lord Jesus Christ, through whom we have obtained access to this grace in which we stand; and we boast in our hope of sharing the glory of God. And not only that, but we also boast in our sufferings, knowing that suffering produces endurance, and endurance produces character, and character produces hope, and hope does not disappoint us, because God’s love has been poured into our hearts through the Holy Spirit that has been given to us.

Today, the feast of the Most Holy Trinity is a day when we ponder the deepest mystery of the universe, the mystery of God’s own being, his own life. And as such, it is often a day which people associate with a sense of confusion.

There is an important sense in which that person was absolutely right. It is no bad thing that certain aspects of the Christian faith flummox us. St Augustine of Hippo famously said, ‘If you think you have understood God, it is not God who you have understood’. We human beings cannot ever escape our humanity, the limitations of our brains and of our language. God is not a creature, and it is entirely natural for creatures to struggle and strain when seeking to talk about God. Everything we say about God will ultimately fail his truth and reflect our own limitations and prejudices. It’s important to admit this before we even start: what we say about God, until we see him face to face, as St Paul puts it, will always be more untrue than it is true, not because it is fundamentally wrong, but because it is fundamentally puny in comparison to the infinite glory of God himself. I think this is the first lesson of Trinity Sunday, and it is something which we all need to take seriously in our day, that we should all approach God with intellectual humility. We are not the custodians of the truth. In the words of Jack Nicholson in A Few Good Men, ‘you can’t handle the truth’

So when we think and talk about God, when we try to comprehend the incomprehensible, we are ultimately, in the words of the former Archbishop of Canterbury, Rowan Williams, asking ourselves ‘what is the least silly thing we can say about God.’ And the doctrine of the Trinity is precisely that, the distillation, over some 400 years, of the least silly thing Christians could say about God. And if it took some of the greatest minds the church has known that long to say something sufficiently un-silly, we shouldn’t feel too bad about our own fumbling attempts!

Texts from the bible like this morning’s reading from St Paul’s letter to the Romans were significant in this lengthy process of speaking about God as a Trinity in the way we do today, because belief in the Trinity arose primarily from the Christian experience of God. Jesus Christ was the one who brought peace with God, the knowledge that human sin was no longer a barrier to living in loving dependence on God, our Father. ‘we have peace with God through our Lord Jesus Christ, through whom we have obtained access to this grace in which we stand’. It was the experience of Jesus Christ as the one who came from the Father to stand beside us and to carry us into the presence of God that led the first Christians to worship him as God. And this ultimately resulted in the whole Church saying that Christians must confess that Jesus Christ is both fully God, and that he is also fully human. He unites heaven and earth in his own person. If he were less than God or less than human he wouldn’t be able to save us. St Augustine of Hippo put it like this, ‘The only Son of God, having become the Son of Man, makes many sons of men the sons of God.’ (sermon194, 3-4)

The same is true when we think of the Holy Spirit. St Paul tells us that ‘God’s love has been poured into our hearts through the Holy Spirit that has been given to us.’ We experience God’s love within their hearts. We know ourselves to be loved and forgiven and accepted, and that knowledge  both strengthens our hope to one day share fully in God’s life, and increases our own love for God, the bond which draws us into God’s life.

It was this experience of being accompanied and strengthened by God that led Christians to affirm that as the Father is wholly God, and the Son is wholly God, so too is the Spirit wholly God, but that God is still one.

And the same can be true for us. It was through looking to Jesus Christ and finding in him all hope and life and goodness; it was through responding to him in loving and joyful worship as the one in whom all the fullness of God dwelt in bodily form; it was through knowing God’s presence within them that the first Christians came to believe in the Trinity. It is through worshipping the Father, Son, and Holy Spirit, the one who is beyond, beside, and within us, that christians grow in their knowledge and belief in the Holy Trinity, not as a problem to be solved but as a person to be loved and rejoiced in. If you feel confused by belief in the Trinity then do this one thing: worship the Trinity, and God will draw you into deeper knowledge and love and hope.