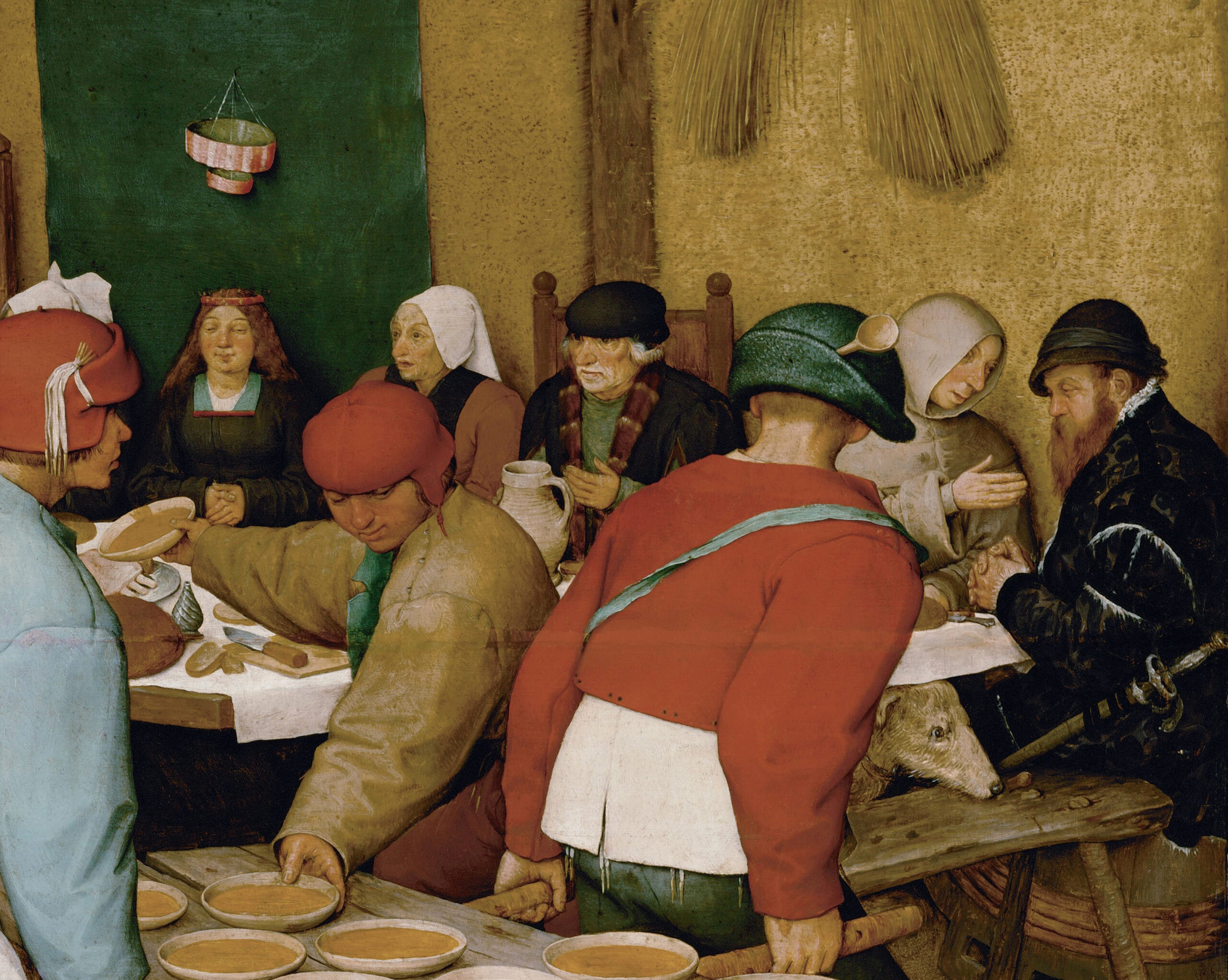 On one occasion when Jesus was going to the house of a leader of the Pharisees to eat a meal on the sabbath, they were watching him closely. When he noticed how the guests chose the places of honour, he told them a parable. ‘When you are invited by someone to a wedding banquet, do not sit down at the place of honour, in case someone more distinguished than you has been invited by your host; and the host who invited both of you may come and say to you, “Give this person your place”, and then in disgrace you would start to take the lowest place. But when you are invited, go and sit down at the lowest place, so that when your host comes, he may say to you, “Friend, move up higher”; then you will be honoured in the presence of all who sit at the table with you. For all who exalt themselves will be humbled, and those who humble themselves will be exalted.’

He said also to the one who had invited him, ‘When you give a luncheon or a dinner, do not invite your friends or your brothers or your relatives or rich neighbours, in case they may invite you in return, and you would be repaid. But when you give a banquet, invite the poor, the crippled, the lame, and the blind. And you will be blessed, because they cannot repay you, for you will be repaid at the resurrection of the righteous.’

Jesus sat at a dinner party at the home of one of the Pharisees, and as he sat he observed the behaviour of the guests. You might do the same sort of thing at parties: there’s the one who drinks too much and gets over friendly; and the one who is always talking about his favourite subject… himself. There’s the one who clearly isn’t a party person, who doesn’t cope well with small talk and will probably leave early, exhausted by the whole thing.

Observing the behaviour of the other guests the Lord gives a lesson which could be mistaken for just some common sense wisdom. But this isn’t a mere guide to first century dinner party etiquette. We are told that this is a parable, an human story which tells us something about life in God’s kingdom.

In the parable we find two people. The first assumes that they are important and sits in one of the seats closest to the host. The second person assumes the opposite, that they aren’t important, and so they find the least significant seat possible, the seat furthest away from the host.

Both these people are invited guests. They have a place at the table. In some of the other parables about banquets we see a contrast between those who are invited and not invited. But not in this parable. It is not a matter of whether they should be there but where they are sitting. This is a parable about people who are already part of the community, the church, and how we should behave towards to God and to each other.

And it is here that we think we’ve grasped the parable’s meaning, because there is a complete reversal at the end of the parable. The guest who assumed they were worthy of the most honourable place is, to their shame, demoted to a lesser position. The guest who took the lowest position is promoted to a place of honour. So, we think, we too should be humble, taking the lowest place, ‘For all who exalt themselves will be humbled, and those who humble themselves will be exalted.’

But there is a problem, and it is this: the deceitful human heart. Because when we hear that taking the lowest place might be a shortcut to recognition by God, or even the receiving plaudits from our friends, we might be tempted to practice a sort of faux humility. We’ve all seen it, perhaps, like me we’ve indulged in it! The first to volunteer for everything, the one who is always giving, whose name is on every rota, the most put upon. It is particularly easy to be like this in a small church because everyone needs to be involved in something!

If this parable simply inspires a mad, competitive rush to the lowest place as part of a strategy of self-exaltation, then, I’m certain, we will have completely missed its point of the Lord’s teaching on humility.

We need to read this parable alongside the words Jesus went on to speak to the host of the dinner party he was attending: When you throw a party, don’t invite your friends hoping that you’ll gain their favour. But invite the poor, the lame, and the blind. And you will be blessed, because they cannot repay you.

The Lord says that we shouldn’t carefully prune our list of invitees so that only the best of the best get a place at the table in the hope that we will curry their favour. Rather we should deliberately choose those who no one else is interested, who have nothing to give us in return for our inviting them, because this is precisely what God does. Each of us sat around the Lord’s table today sits here in our spiritual rags. We have nothing to bring which could even begin to repay God for his love in giving us breath, for his mercy in dying to save us. ‘We are not worthy so much as to gather up the crumbs under your table’ the old prayer of humble access goes. ‘But you are the same Lord whose nature is always to have mercy.’

This, ultimately, is why jockeying for prime position in God’s kingdom is, in the Lord Jesus’ eyes, so fundamentally misguided, because none of us deserve to be at the banquet in the first place, yet, thanks be to God, invited we are.

True humility comes when we look at ourselves in the light of God’s beauty and majesty and goodness, and we acknowledge our spiritual poverty, and we give thanks for the magnitude of God’s mercy that even we can be forgiven, and embraced, and given a place at his table, the table at which he feeds us with his own life.

And if we do this, if we see ourselves clearly in the light of christ as the recipients of immeasurably more than we could ever hope to deserve, then we will find it impossible to look at another human being as unworthy. However much the world may look down on them we will see in them someone for whom the Lord Jesus died; someone who is worthy to stand before God on exactly the same basis as we are: as recipients of grace and mercy. And believing that we will seek to make our church a community in which all people, whatever their history, whatever burdens they may carry, will know that they are loved, forgiven, accepted, cherished.